Cultural differences between Latin American countries and The Netherlands

What's it like to live and to study in The Netherlands as an international student? What cultural differences can you expect to experience and how can you overcome these contrasts? Hofstede's cultural dimensions model explains how and why cultures vary. In this blog, TIAS Full-time MScBA students Escarlet, Thales and Lina from (respectively) Mexico, Brazil and Colombia will compare their cultures to the Dutch culture based on the six values of the Hofstede model.

It is easy to think that Latin American countries are widely different to The Netherlands in terms of cultural behaviour, but in order to understand in which aspects they specifically differ, there are several models that can be used. One of them was elaborated by the Dutch psychologist Geert Hofstede. In his research, the author linked 6 dimensions in cultural values with numerical indexers that produce comparisons between nations, as well as emphasize cultural values that can be found in work and study environments.

When identifying those cultural differences, we start by highlighting the peculiarities of our countries. For instance, Latin American society is mostly driven by competition and results, highlighting the “masculine” dimension that Hofstede provides. Therefore, people tend to be more focused on being assertive and achieving material success.

On the other hand, when analyzing our experience in The Netherlands, we found a few aspects that differ from our culture. For example, we realized that Dutch people are more focused on building a good relationship and ensuring a long-term improved life quality. Nevertheless, people in The Netherlands are characterized by individuals who have working and study conditions that allow the development of personal and family activities. Also, the Dutch have considerable freedom to determine their own approach in daily work and may develop a considerable sense of commitment due to the challenges with the workload.

Our life in The Netherlands?

From our experience, we found that one of the most surprising differences is related to food and alimentary habits. For instance, in countries as Brazil, Mexico and Colombia we are used to having big and warm lunch (even if it has to be packed to take it to school or work); while in The Netherlands, the general practice is to save this for the night and enjoy a sandwich for lunch. Furthermore, we evidenced that in The Netherlands, the student-professor relationship differs from the one managed in Latin American countries. In our societies, the power distance tends to generally be more evident and hierarchy relations are accepted and respected. Meanwhile, Dutch people are more independent and have a more direct communication style.

As part of the Latin community, we are also characterized as societies that feel uncomfortable with uncertainty, therefore there are laws and rules for every action and course, but we rarely follow it as stated. On the other hand, the Dutch population feels less threatened by this uncertainty. The country has less rules than our respective countries and we notice how people follow the rules even when nobody's watching.

Power distance is also a very strong difference between Latin countries and The Netherlands. Latin countries tend to be very hierarchical, where those above us should be listened to and respected. When it comes to work, orders and commands are followed. The society also tends to be classist, where those with more money get to be treated better. As far as we are concerned, in The Netherlands it tends to be the other way around. Hierarchy is only for convenience, in order to have some sort of scheme, so employees are expected to be taken into consideration and are also very independent.

Another difference that is strong is how people from Latin countries are very collectivists, while the Dutch are more individualistic. Our lifestyle is characterized by collectivism and group effort. As a result, the vast majority of people believe that group interest takes precedence over individual benefit, and being loyal to family, friends and workmates is a life guideline. Personally, this can be one of the hardest aspects of the culture to adapt, since Latin people are very warm and inclusive.

Finally, the decision to live, study, or work in a different country is always surrounded by many expectations about the new destination. When a foreigner stays outside their home country for a long period, he or she may feel out of place, with aversion or stress due to different forms of behaviour of the natives of that country. But, realizing and accepting cultural differences is an important step to understand the values and the norms of any society. Moreover, it is essential to avoid misunderstandings and conflicts when settling a new life.

Want to learn more about studying and working in The Netherlands as an international? Read our online magazine 'The Netherlands: small country, big opportunities'. 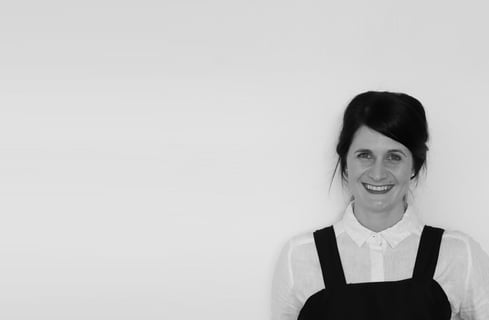 Adapting to Dutch culture as an international student

I arrived in The Netherlands 18 months ago when my husband and I moved from South Africa for him to pursue an exciting opportunity here. After 11 months in Europe, I... 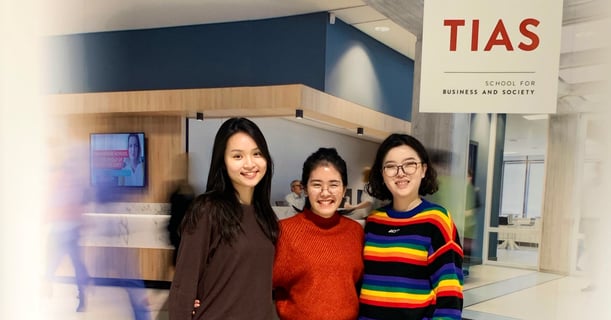 Cultural differences between Asian countries and The Netherlands

What's it like to live and to study in The Netherlands as an international student? What cultural differences can you expect to experience and how can you overcome... 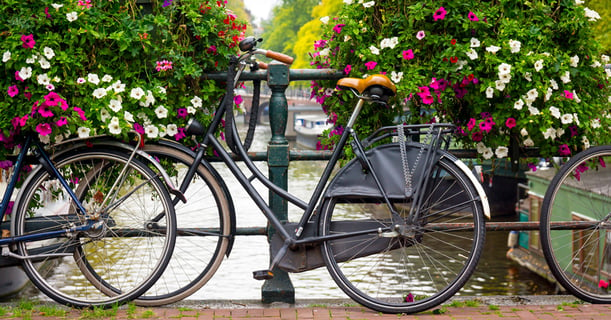 The Netherlands: the perfect place to kick-start your international management career

So you’re ready to take your career to the next level. Your dream is to land an international management position. You can see it now: a lucrative career perspective,...